I was called Judit for 9 months and later Ruben, finally my mother named me Indalecio – a very exotic name – but I have always preferred to be called Inda.

After being certified as an Interpreter of Sign Language, I developed a keen interest for gesture and non-verbal communication on stage. An interest that became my passion and took me to London where I obtained a postgraduate in Devising and Physical Theatre at LISPA (London International School of Performing Arts). I continued my training with John Wright, Jos Houben, Gabriel Chamé, Christine Rossignol, Philippe Gaulier, Aitor Basauri, Angela de Castro, Leo Bassi, Grzegorz Bral… among others.

In England I worked with different physical theatre and clown companies that led me to perform at Sadler`s Wells and the Southbank Centre.

I currently live in Barcelona and have traveled to the United States, England, Austria, Portugal, France, Italy, Germany and Spain presenting my shows.

With high-quality comedy shows, I help programmers and artistic directors impress their audiences. 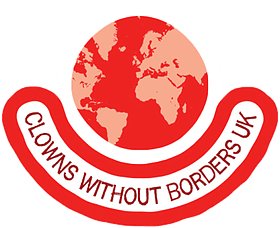 “An extraordinary artist, a great person and his very high level shows are made with an international essence.”
Felipe Cabezas